My friend Andy Spain, an architectural photographer, has recently begun a project to document all the Earthquake Prone Buildings in Wellington, to reflect on the fragility of these buildings and how easily they could lost.

To help me choose which of Andy’s beautiful shots to display below, I have chosen buildings which are not only on the Wellington City Council’s 700-odd Earthquake Prone Buildings list, but are also on the government’s list of High Risk Unreinforced Masonry Buildings, the facades of which are meant to be ‘pinned back’ and made safe within one year (by March 2018).  The list originally contained 244 buildings in Wellington (mostly in Cuba St, Courtenay Pl, and Riddiford St), but on further investigation this was reduced to 98 in October 2017.  The current list on the WCC website has gone down again to 85.  These buildings offer a high risk of collapse, in high-traffic and high-pedestrian areas.

In October 2017 Wellington City Council chief resilience officer Mike Mendonca said not one of the owners of these 98 Wellington buildings have completed the required work, despite the government funding being offered.

It is sobering to think of what this city would be like without all these buildings.  Enjoy the beautiful photos. 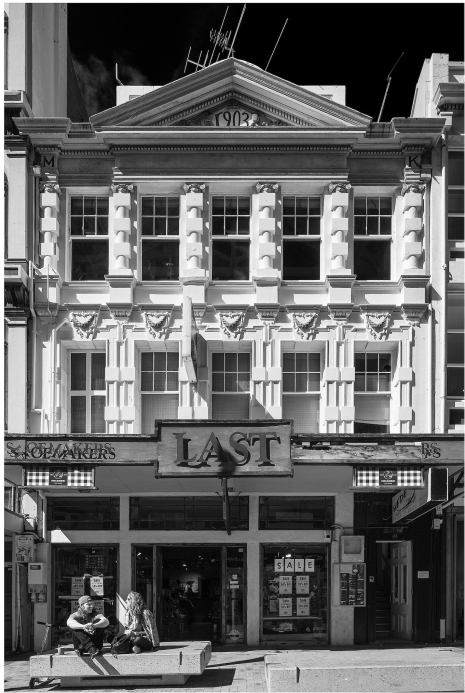 41 Cuba Street, designed by John Swan, one of Wellington’s most notable architects, with a inventive and ornate Edwardian Classical façade. 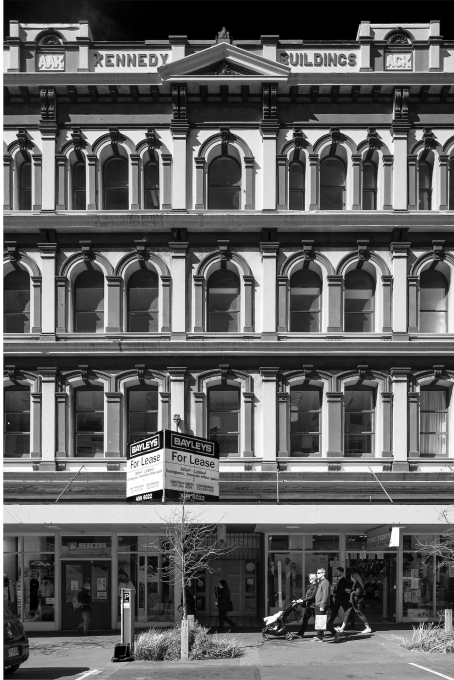 33 Cuba Street, Kennedy Building, with the initials of the two sisters who had the building built still on the facade.

Albermarle Hotel, Ghuznee Street.  This hotel was established as a ‘temperance hotel’, to give people somewhere to stay that was not a drinking establishment, and later became a boarding house and then a brothel. 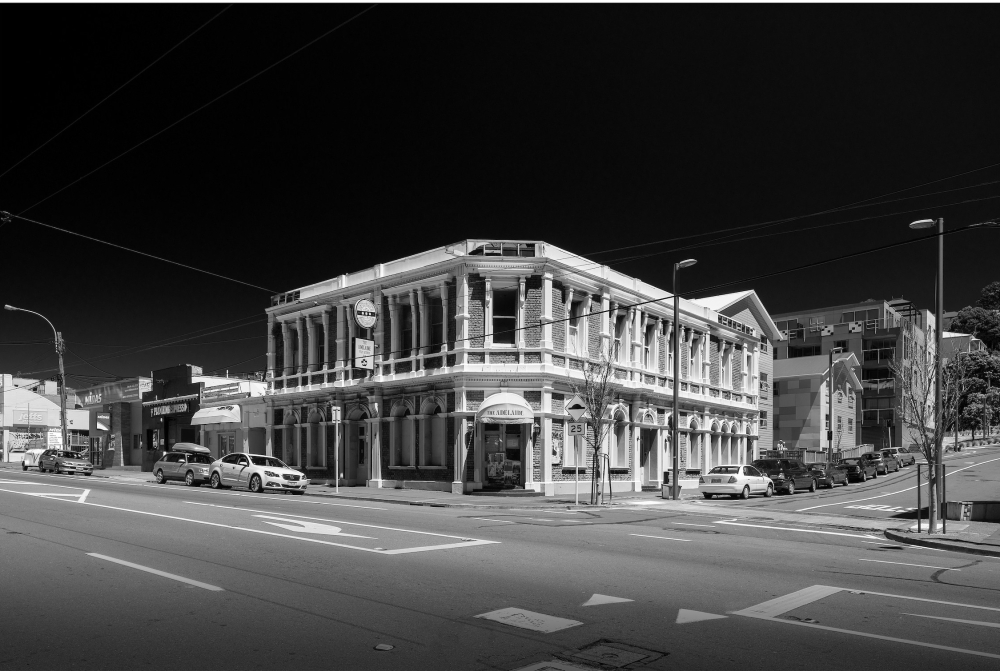 The Adelaide Hotel, in Adelaide Road

See the rest of Andy’s photos (there were lots more to come as he continues his project) at this page of his website.  All of these photos are copyright and not to be reproduced.  Andy photographs both historic and modern buildings – explore his website for more examples of his work.